So I've read many threads relating to my incident, but i wanted to ask,

Has this happed to anyone before???

So I got the karma drone for my wife on Christmas, on New years eve we took it out for a test flight out in the country. On new years day we took the karma again before heading back into the city to try it with no GPS and to see how it fairs to my mavic pro. I did not calibrate because i launched the drone at the same place as the day before. When i flew it with no gps, it was a bit erratic at first but then I got the hang of it. I kept it within line of sight, but when it got to about 250 feet, the screen froze, i lost control, the joy stick would not respond to my inputs. It drifted fast and then it said it would autoland with a countdown. The last image i saw before the countdown was the Pineapple field. I panicked and then started chasing the drone and eventually jumped over an 8 foot brick wall into a pineapple field and searched the field for hours and eventually came up with nothing. Long story short I spent late morning and all afternoon of new years day trying to search for the drone and drove home empty handed in crazy traffic of 4 and a half hours . I even sustained these injuries to my legs because i had to search through a pineapple field to see where it landed.

I reached out to customer service and was advised that this is my fault and that non gps mode is for expert drone pilots,. I addressed that and pointed out that i am advanced since I have been flying for almost 2 years and even do FPV drone racing. I even asked to be escalated to a manager and he still says its my fault and that the flight logs show i had control of the drone still and input logs of the joystick were registered.

I cannot agree. with them. They keep saying the same thing over and over. So i kept saying its a manufacturer defect that it lost signal at 250 feet and decided to autoland. Its one thing that it autolanded and i was able to retrieve it but its no where to be found.

The first Representative named "FILIPE" gave me hopes to have it replaced because i purchased this in the Philippines and asked for the curency conversion since its not in USD. I gave the receipt even gave a screenshot of how much it costs converted to USD.
"FILIPE, said that there was average signal at the beginning and got weaker and weaker towards the middle of the flight. Now is that normal? It should be strong because i launched within 3 feet away and was testing its functionality without gps on. I flew in an open field and it It wasn't until it was 250 feet away, the screen froze, the connection cut, i couldn't control the karma anymore and said it would autoland.

They will not address my other concern that i lost signal at over 250feet away and said this is pilots error and not manufacturers defect. My first drone was the cheap 007 spy drone and never even lost signal at 300 feet!

The supposed manager "Paul Domanski" has very bad customer service and to think they should have good customer service since they're with the company SITEL, which is known all over the world. The resolution center is based in Lisbon Portugal. GoPro doesn't even have their own staff working on cases like this so they hired a third party. I found this out through his linkedin profile that he is just a training manager and has only been with SITEL less than a year. He is a professional photographer and videographer based on his profile and even has a youtube page.

After many repeated emails back and forth between Paul Domanski and I, it looks like he blocked me on LinkedIn.

They did not offer any sort of solution to the problem, yet I've seen many threads where people are getting replacement for their drones after a mishap that was worse than mine. Fortunately no one was injured.

Any advice? Who did any of you speak with to get a resolution done in your favor? I wont stop until this ends in my favor.

Could it be that Gopro is discontinuing their drone business and the representatives will be out of a job soon so theyre unaccommodating?


This is the open field we flew the karma. Before the trees is the 8 foot brick wall i had to jump which is covered by bushes. Behind that is the pineapple field which we searched New Years morning and afternoon.

This is us testing the drone in the open field prior to it disappearing on us.

Excuse the injuries i sustained while trying to find the karma drone that supposedly landed in the pineapple field.

An update. These people at gopro are very prejudice. I saw a lot of threads showing that they got replacements for their drones when went crazier than mine but im not getting one at all.

The representative made a very offense statement to me and even implied me using a fake or forged receipt because he pointed out the price i boughtt it for was below retail price for the store. Here are his exact words

“As part of any warranty claim it is policy to have all the proof of purchases to validate any possible claim. I note from your proof of purchase that it is for accessories and not a drone, also converting the price from Philippine Pesos to USD does not equate to a sellable price in the store of the receipt. In fact it falls well short of the retail price in that store.”

I was so heated at his accusation i screengrabbed the ad from their piblic website just to prove thats the price they sell it for that equates to kess than the sellable proce in his opinion.

Beware of Paul Domanski. If any of you have an issue with your karma lets hope you dont get him as a representative.

Im already in the process of fiing a lawsuit against him personally and gopro, and have spoken with my attorney already. Consumer protection is getting involved as well.

When i asked him twice to confirm his work address at Sitel in Lisbon Portugal he diverted the conversation to the legal team of Gopro.

Another person who does not want to take responsibilitty for offending a customer and using lame excuses to not give a customee a warranty claim. Ive read many threads of oeople having worse situations than me and they got a replacement.

Talk about prejudice, accusing me of forging or attempting to defraud gopro. This guy has taken it to a different level.

The ad says body only , but you are showing the included in box portion of package , I assume. I can see how they are concerned about your claim , seems as is problem here they ,sold complete drone but advertised as body only , that is just drone, no controller stabilizer ???????
D

Jaybob1963 said:
The ad says body only , but you are showing the included in box portion of package , I assume. I can see how they are concerned about your claim , seems as is problem here they ,sold complete drone but advertised as body only , that is just drone, no controller stabilizer ???????
Click to expand... 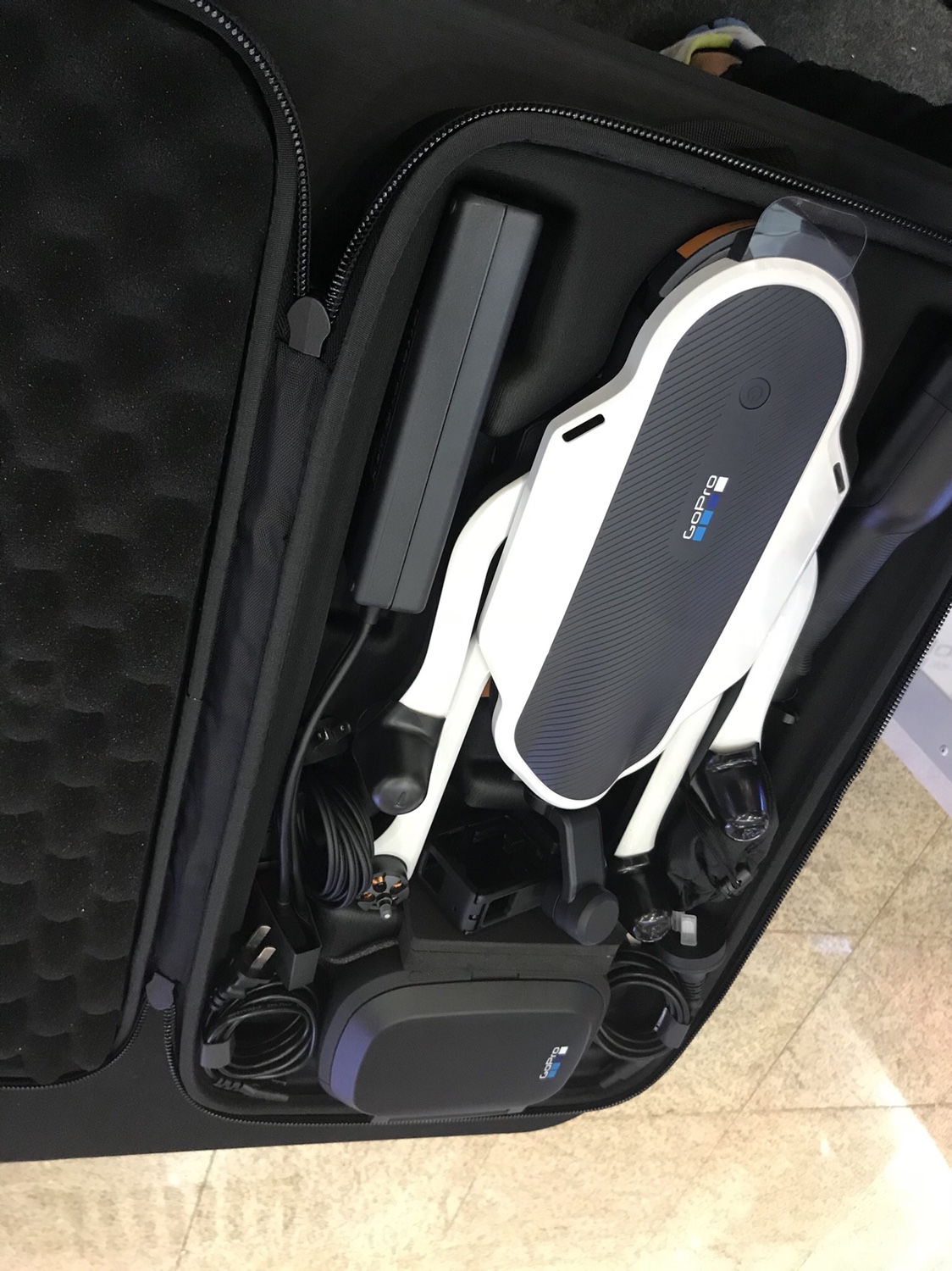 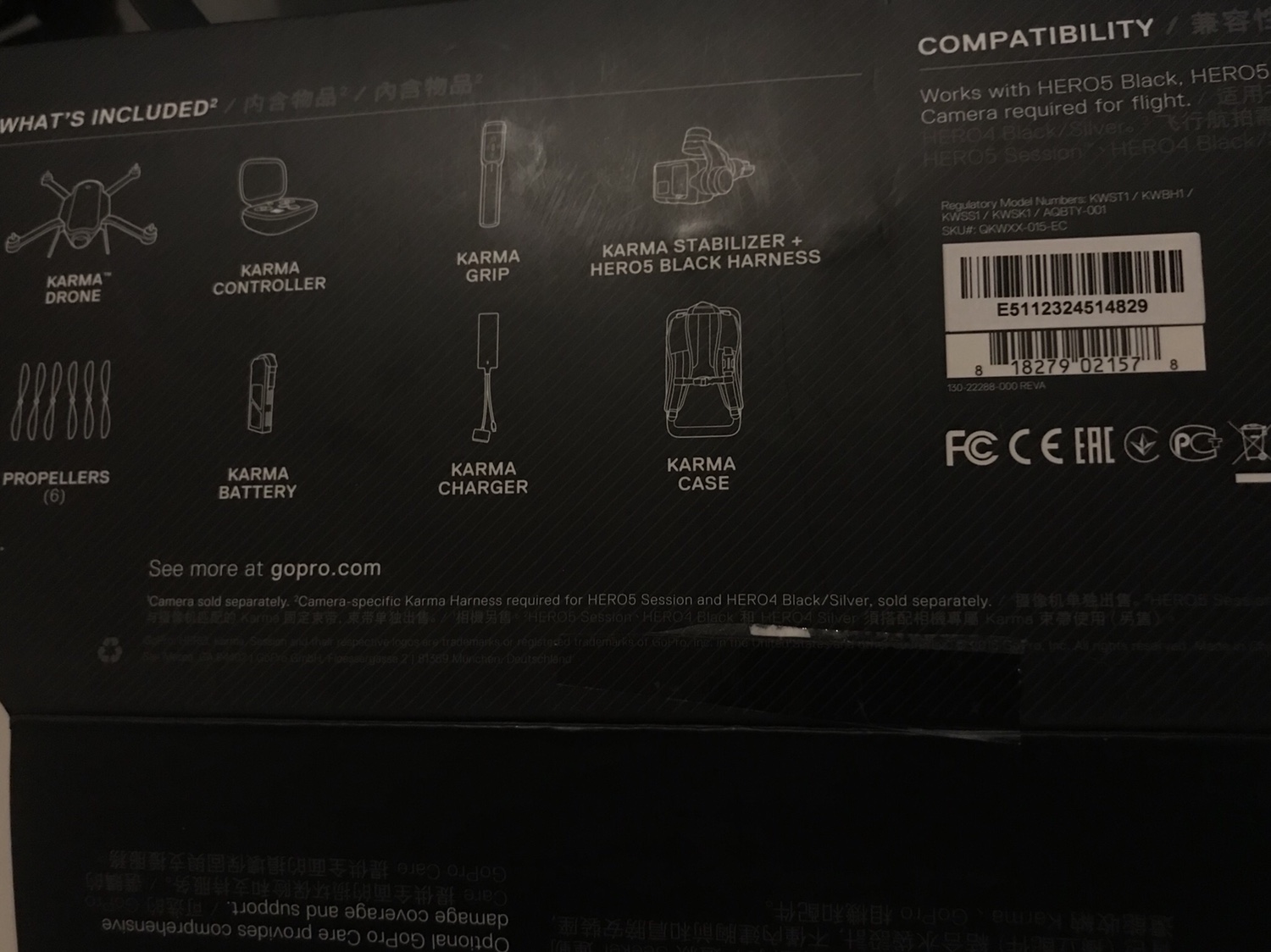 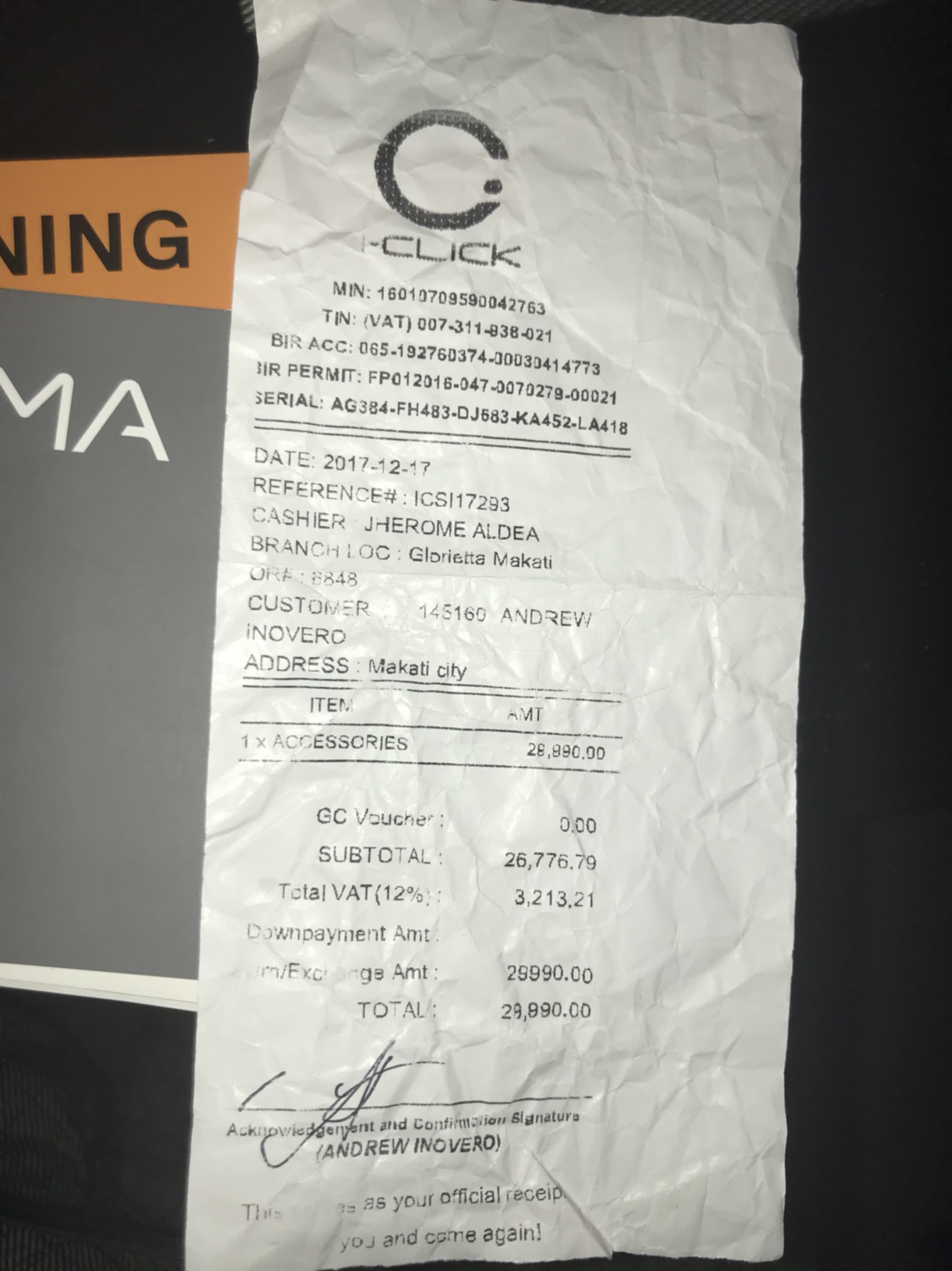 Here is the package i bought and what it cam e with. The ad means body only excluding the camera. The karma grip, stabilizer, controller, charger, and propellers were also included.I already owned a hero5 black so no need to purchase the drone with a camera.

Thanks! I hope i come out on top too. I was told to reach out to gopros legal and when i ask for their legal departments address and email i never got replied to. They probably think ill let this go. I can see now why gopro exited the drone business.

They keep saying its a pilot error but this is plain prejudice. I have proof another karma owner had his replaced with a worse situation than mine.

Whats even funnier is that when i was flying the drone not once did i get a notification that there was a weak signal. It only cut out and then goodbye to the connection between the drone and the controller.

Look at this video i saw on youtube. The drone was only 250 away when i lost complete signal. Atleast this guy was given a notification that there was a weak signal and he regained control of it when it was several hundred feet away.

Update to everyone. I was able to get a replacement for everything that I lost.

I waited about two months after last report and was patient. I just stayed persistent through out the whole process and eventually I was given a break.
Reactions: dronelover, Billybob and Shon
You must log in or register to reply here.

Karma Discussion Jan 12, 2022
angusghoul
A
A
Controller does not initialize

Karma Help Mar 8, 2022
ArthurChaves
A
A
The NEW CORE of the KARMA don't pair